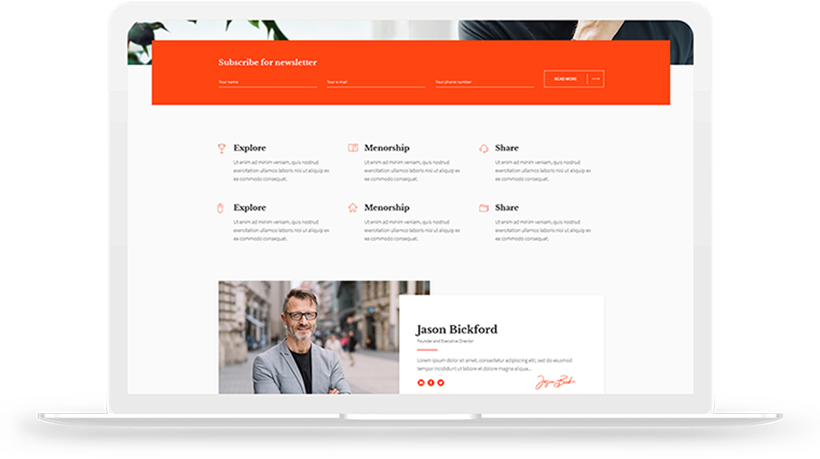 We can teach you.

What are the payment methods available?

I chose to train with Jennie because of the interactive programming and additional support for a business launch that it provided. Throughout my training, I loved meeting other students who, like me, were just starting out and pursuing certification through the online program. Jennie's highly effective training has provided me a map for coaching and taught me the art of being an effective listener and asking the right questions. These skills have provided me the tools I need to be an effective catalyst for change in my clients and to strengthen my personal relationships. This program has allowed me to merge my passions and build a business that launches my clients into successful new seasons through the instruction I attained. I love what I am doing and I am grateful that I chose this certification. It is without reservation that I highly recommend Jennie's program!

I was stuck. I was in a new leadership position and for three years our non-profit had steadily declined. I was feeling defeated. For 12 sessions over the next 6 months, Jennie met with me. She came alongside, understood my challenges and worked with me to overcome barriers. I learned how to “tap” my team’s energy, how to motivate my team with hope and opportunity instead of fear and fight, how to engage conflict…and much more. The results, amazing. Our organization doubled in just over two years. Joy and excitement returned to my work. Jennie has since then come to lead my whole team in a weekend workshop and worked with other individuals in our organization. Each time, results have been remarkable, effective and life-giving. In 22 years of work in my field, I’ve attended countless trainings. My time with Jennie stands head and shoulders above everything else. It was the most effective investment ever made in my growth and development.

CINDY BELL My daughter, Niki was in a boating accident July 9, 2006 and sustained a severe traumatic brain injury. After months of hospitalizations and years of reconstructive surgeries and therapies to learn how to talk, think for herself and live some kind of life again, she is now living independently. Previously I worked as a dental hygienist but when Niki’s life changed so did ours forever. After hours of testing, the neuropsychologist recommended that I retire and become my daughters life coach. What is a life coach I thought? Wasn’t that what I had been doing since her accident? After 6 years of considering doing this “Life Coach” thing, I got serious about it. I wanted to know what I was not giving my daughter. I started exploring online and decided I wanted a coaching school with a Christian base. I found The Christian Coaching School with Jennie . I emailed her and received a very thoughtful and welcoming email back. I also spoke with Jennie on the phone and immediately felt comfortable. I knew after speaking with her that THIS was the coaching school I was going to sign up with. I did so in January and WOW am I ever grateful I did. It was a great experience to say the least. I felt that Jennie taught us well and gave us every opportunity to practice, ask questions and learn to be competent life coaches in the 17 weeks of class. I learned through this class that what I had been doing prior to this class was being Niki’s mom and advocate. Life Coaching is very different. Niki told me while I was in the class, “Mom, I want you to coach me!” I told her that is why I was taking this class and would coach her when I graduated. Most people take the class to hang a shingle but I took it for completely different reasons. I wanted my daughter to live the best life possible since hers was almost taken away from her and us. I began coaching my daughter recently since I completed the course in May. After our first session Niki said, “Mom, I already have a better outlook on life.” That comment made it all worth it. If anyone is considering becoming a Life Coach, I would highly recommend The Christian Coaching School with Jennie . I can’t imagine finding a more loving instructor who lives what she teaches. I wish I would have done this even before I became a mom. I will be forever grateful to Jennie and to God for leading me to her.

We can teach you.

We Can Motivate You.

You don't have permission to register